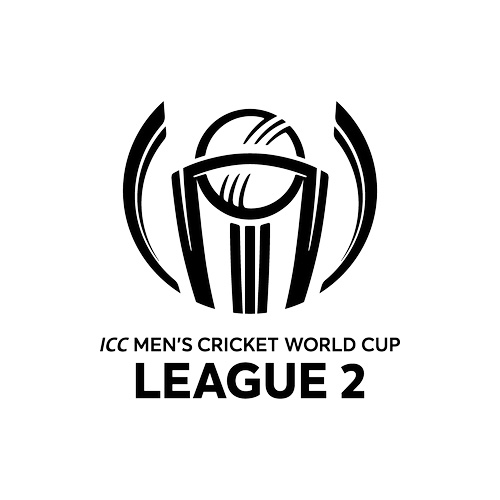 Four of the six participating countries in the ICC World Challenge League A matches, which start on Wednesday (July 27, 2022) at Maple Leaf Cricket Club, participated in the 2001 ICC Trophy. An event hosted by Canada at various grounds in the Greater Toronto Area. Denmark, Malaysia and Singapore are the other three countries in the second series of matches in the World Challenge League A who played in the 2001 ICC Trophy.

The Netherlands went on to beat Namibia in a tournament final that went down to the wire, then Canada beat Scotland in the game to decide third place, which also meant qualification for the 2003 Cricket World Cup in South Africa.

Vanuatu’s Under-19 team played in the 2009 ICC Under-19 Global Qualifier that was hosted by Canada in the Greater Toronto Area. Some of the players from the 2009 Vanuatu U19 squad are included in the Vanuatu squad for this summer’s World Challenge League A event.

I think this is Qatar’s first visit to Canada for an international cricket match or ICC championship event but I could be wrong, depending on what may have happened in the 1980s and 1990s. One of a handful of ethnic newspapers I picked up last weekend included news of Pubudu Dassanayake’s recent appointment as Canada’s national coach. The report mentioned the existence of this ICC World Challenge Group A tournament.

A New Gateway to the Top is Open

The 2001 ICC Trophy proved the gateway to higher level cricket for Canada in the early years of this millennium. But, sadly, Canada has fallen back since playing in three consecutive Cricket World Cups in South Africa (2003), the West Indies (2011) and in the Indian Subcontinent (2011).
The cricketing fortunes of USA (seventh in the 2001 Super Eight standings) and Ireland, who footed the 2001 Super Eights, have clearly risen. Ireland qualified for the 2007 Cricket World Cup in the West Indies and have gone on to gain test match status. It certainly seems a long time since Ireland beat Canada in the final of the 2009 ICC World Cup Qualifier in South Africa. It’s even longer since the then President of the Canadian Cricket Association talked about hopes of Canada gaining Full Member Status of ICC back at a gathering in or about December 2005.

Supporting major sponsors, when you have them, was a key failing, in my opinion, during the years when Canada might have risen up the rankings.

Canada goes into this tournament in top place, ahead of Singapore on net run rate after losing to Singapore in the first series of World Challenge League A matches in Malaysia, played back in September 2019. Top spot is the only spot from which to progress from Challenge League A to the 2023 World Cup Qualification tournament, due to be hosted by Zimbabwe.

So there is a straightforward message for Canada: win all your matches at King City and keep winning in the third and final series of matches in Malaysia later this year. This is a new opportunity for Canada to climb the ladder back to a higher level of international competition. A path where there is almost no room for failure, but where some weather interruption could prove a hazard.

Canada open Challenge League A this Wednesday (27 July) with a game against Denmark, who placed sixth in the 2001 ICC Trophy Super Eight standings. Denmark’s squad includes veteran wicketkeeper/batsman Freddie Klokker, now 39 years old who played in the 2001 ICC Trophy. Klokker scored 190 runs, with a highest knock of 80, in the first series of Challenge League A games, played in Malaysia in (month) 2019. Klokker played briefly for Warwickshire after four years on the MCC Groundstaff. He moved from Warwickshire to Derbyshire, where he notched two first class centuries.

The Danish squad also includes Amjad Khan (RHB, RFM) who was the youngest player to appear for Denmark, when 17. He later played one test for England in the West Indies after gaining British citizenship in 2006 whilst playing for Kent. The Test Match in Port-of-Spain, Trinidad saw England reach 546/6 (158.5 overs) / West Indies replied with 544 all out (178.4 ovs) with Amjad Khan taking the wicket of Ramnaresh Sarwan. Amjad Khan ended with 1/111. England declared at 237/6 (38.4 ovs) and came close to victory but the West Indies hung on for the draw at 114/8.

Injuries took a toll on Amjad Khan’s career but he has played 108 first class matches, mostly for Kent and Sussex. He has played in 74 list-A games. One of his 9 T20Is was for England; his other T20Is have been in recent years for Denmark. Now it does not necessarily matter what someone did in the past, what matters is what happens on game day in this tournament. There is little scope for defeat, as only one of the six participating countries will advance to next year’s World Cup Qualifier. So all teams need their better players to perform well or exceptionally.

The absence of Tim David from the Singapore squad may make a significant difference, but other players in the Singapore squad may rise to the occasion. David’s success for Singapore, including his brought interest from Australia and the Indian Premier League. He is currently playing for Lancashire in the England and Wales county cricket scene. In the first series of World Challenge League A matches, Tim David scored 369 runs with a top score of 97 from 5 innings, including one not out innings. Only two other Singapore players notched more than 100 runs. N. Param made 104 runs from 4 innings (1 not out) whilst A Mutreja made 106 runs from 4 innings.

Tim David was born in Singapore but learned his cricket in Western Australia but was evenually released. His efforts for Singapore drew attention and he has been playing for Tasmania and the related T20 franchise.

Denmark did not seem to set the world on fire in a recent European T20 tournament, but Denmark after ending in second place in their group, went on to win two playoff games, including the Final and advanced to the next T20I stage in European qualifications.

The existence of many countries in a relatively close proximity in Europe allows a whole range of ad hoc T20 internationals and other tournaments.

There are few such opportunities in North America and there are challenges for countries in the likes of the ICC East Asia-Pacific region to easily travel across a short space to play international cricket. There’s lost of water in the Pacific Ocean and it can cost a lot of money for a smaller island country to go off and play in a regional tournament. Even with funding, opportunities to fly to other countries and play cricket dropped off the map for significant chunks of time since COVID-19 first began to gain publicity.

So, in the end, Canada needs to begin with a win against Denmark and keep winning in the heat, or in rain that rarely seems to fall these days in the Greater Toronto Area, except as great storms or in the course of drizzle or persistent phases of rain on the first day of two scheduled 50-over games between Nepal and Canada at Maple Leaf CC. The ongoing heat and that miserable day at Maple Leaf CC with no play made me forget I had seen Nepal play during the 2001 ICC Trophy. Let’s hope for reasonable weather and for all games to be played with no breaks for storms of rain or dust.